Most software features are designed and tested in-house before making their way into the hands of users. While this is somewhat of a standard approach in feature deployments, it may cause user experience issues. This is because the majority of end users are not tech-savvy and aren't thinking the way engineers do. 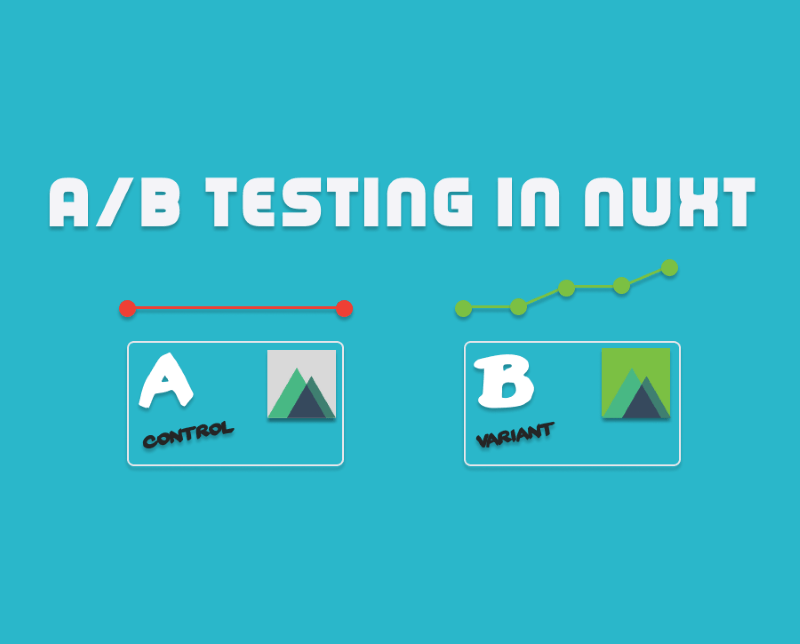 Adopting an A/B testing approach prior to making a final feature deployment decision can prevent or lessen the risk of interfering and affecting user experience. Features can be tested and released to a subset of end users initially where the current metrics can be recorded and compared to a previous benchmark. As a result, developers may choose to improve or cancel the feature altogether without the risk of blindly affecting the entire user base.

You can simplify your A/B tests by using a hosted feature flag management service such as ConfigCat. Within the dashboard, you can create and manage feature flags that can be toggled on and off before and after testing. Let's put this all together in a demo A/B testing scenario.

Performing an A/B test requires two primary components. Here is an analogy. You can think about these as two separate buckets.

Prior to testing, we must first identify these buckets. For this, I've created a sample app to demo how we can do so. Here's a snapshot of it: 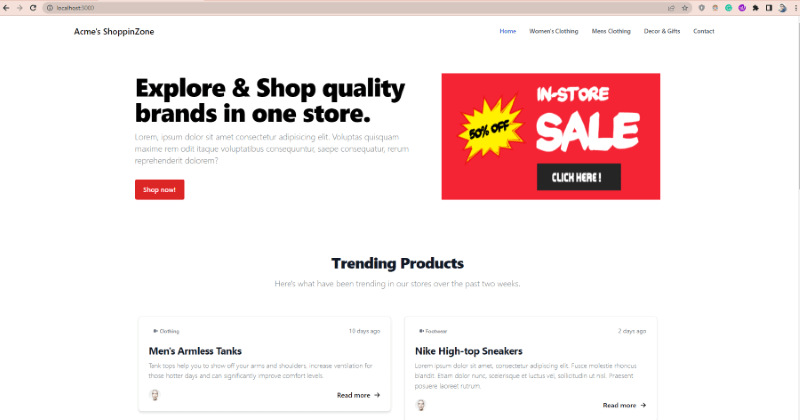 Notice the red sale banner on the right? Let's mark the current state of the site we see as our variation bucket. It includes a red sale banner. The previous state of the website had the same banner but it was colored yellow. This can be marked as our control bucket.

By laying these out this way, we can deploy the two states of the website (control and variation) to see if the red sale banner influence more users to visit the store page.

To perform a comparison between the control and variation states, let's look at the benchmark for the control state:

Number of clicks (The variation state - with red banner):
Store page - Number of visits to be determined by the A/B test.

To prevent biases, and yield higher quality results we have to properly segment a fixed percentage of users to test on. This can be done with the help of a feature flag (See the next section). I've used it to serve the red banner bucket to only a subset of users rather than the entire user base.

By toggling the feature flag on or off, we can easily switch between the two buckets (variation and control respectively) at anytime without editing or redeploying our code.

*Be sure to turn on the feature flag in your appropriate environment.

To track and collect the click events, you can use the same tool that you used to collect the control state/benchmark metrics. I'll be using a product analytics tool called Amplitude to do this. In a later step, we'll look at how we can compare the difference in clicks influenced by the red sale banner.

2. Switch to the Data section by clicking the dropdown at the top left.

3. Click the Sources link under Connections in the left sidebar, then click the + Add Source button on the top right.

4. Select the Browser SDK from the SDK sources list and enter the following details to create a source: 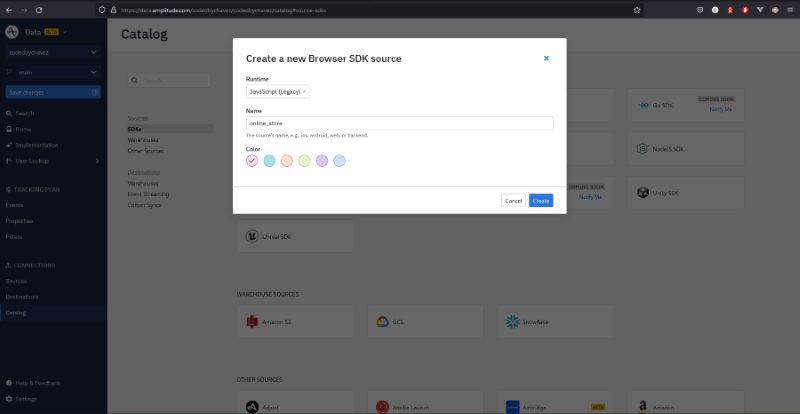 5. You should be automatically redirected to the implementation page as shown below. We'll follow these instructions soon but first, let's add an event. 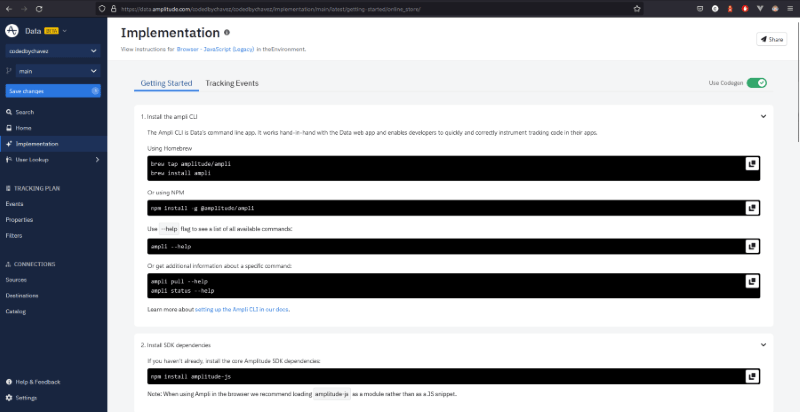 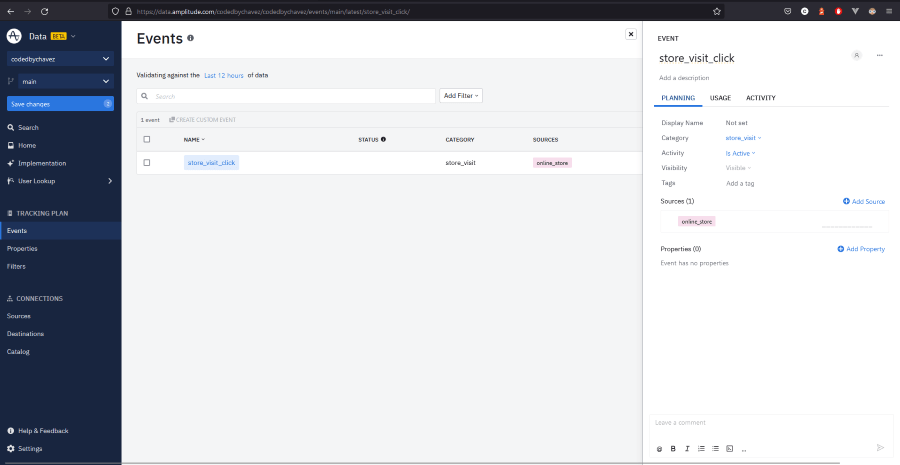 Click the Implementation link in the left sidebar to see the integration instructions page.

Using this command, Amplitude will download all the necessary settings and configurations into our Vue application, including those added in the previous steps.

Sending an event from Nuxt​

Let's look at how we can trigger and send the event we created above from the Nuxt app.

1. Import and initialize amplitude in the component:

2. Create a method that triggers and sends an event when clicking the sale banner.

1. Under Connections in the left sidebar, click on Sources.

2. Clicking on the sale banner will log the event to amplitude as shown in the Successful Requests graph on the left: 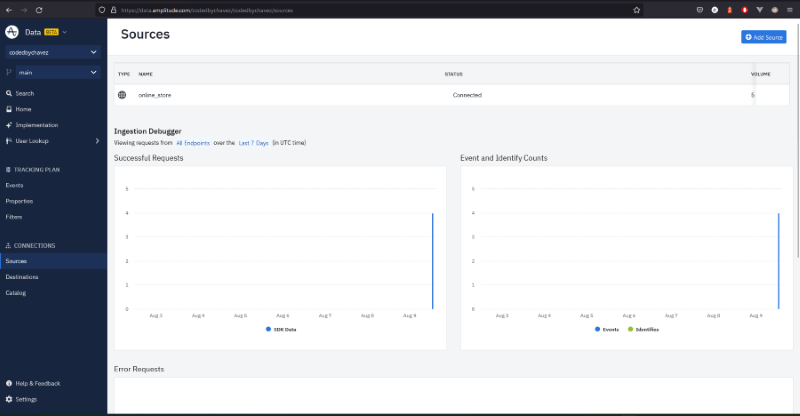 Before moving forward, let's take a moment to recap what we did up to this point:

1. We discussed the concepts of the control and variation states (buckets) and identified them in our app.
2. Created a feature flag.
3. Set up an Amplitude account.
4. Created a source.
5. Added an event.
6. Pulled the amplitude configs and integrated them into Nuxt.
7. Sent and tracked a few successful requests from Nuxt.

Let's now take a look at creating an analysis chart for collecting the click events metrics.

1. Switch to the Analytics dashboard, by clicking the dropdown arrow on the top left next to Data.

2. In the analytics dashboard, click the New button in the left sidebar. 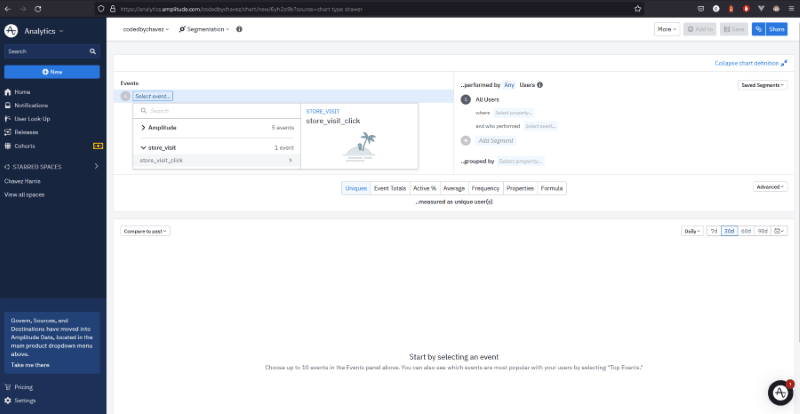 5. Click Save on the top right to save the chart.

To compare and analyze the results between the two states, you can click the Compare to past dropdown at the top of the chart as shown below. Start by selecting the appropriate time period. For example, if the total amount of clicks on the store banner was 1200 for the past week, you can compare that to the current week to determine if the feature is making a positive impact. 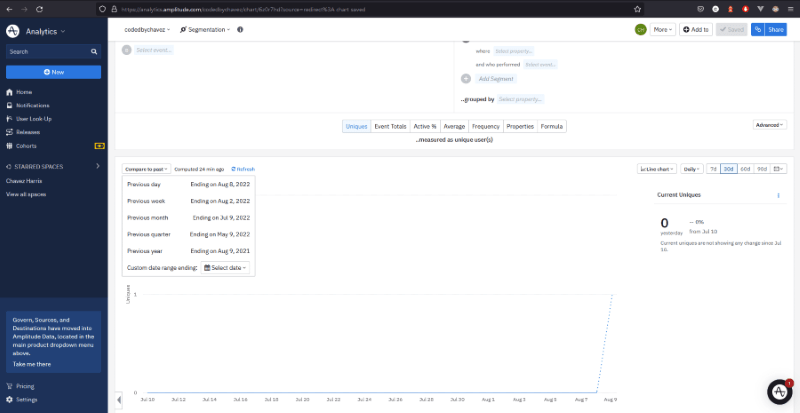 To make remembering a specific time period easy and to keep track of your feature flag changes you can add it to your charts on amplitude.

A/B testing takes most of the decision strain off our shoulders because we can depend on users to guide our decision. It's also worth noting that ConfigCat’s feature flag services help facilitate A/B testing, making the entire testing experience even easier. Using such a service, we can toggle experimental features on or off quickly from a 10-minute trainable feature flag management interface without changing or redeploying our code. You can even target specific user segments and connect your ConfigCat account to Amplitude as we discussed earlier.