At the beginning of this year, Andrew Reeman from Control Point was kind enough to join our conversation about what we actually do differently at ConfigCat, or at least interesting enough so that it only makes sense for our clients to stick with us and for those who didn’t try our approach and products, to do so. 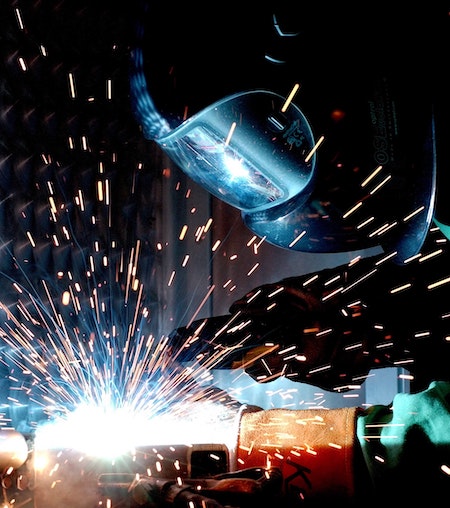 Past, present, future for the smart pipeline utility services.​

Andrew founded his company in 2010 and he is now genuinely proud to have reached, just to give an example, the largest database of labelled Polyethylene joint data in the world. How cool is that? And this, because even though they are a small team, they have had as key focus a passion for services and client satisfaction. Whenever he encounters a challenge, these two get him back on track. He and his colleagues share these values and hold them as professional anchors along with respect for one another.

Andrew’s team has its own achievements and innovations, obviously, out of which, for instance, the full integration into an operator’s hardware leading to greater control and data capture. To explain a bit here, AI is the foundational tool that brings at the same table real-time inspections with their human inspections. So, when having to add control and prediction into an open system, AI and machine learning can play a big role in building patterns, suggesting and implementing change, all with the purpose of eliminating errors or unwanted results.

Gray Scott used to say that “There is no reason and no way that a human mind can keep up with an artificial intelligence machine by 2035.” I not only believe in this, but rather count on it (haha), so you can only imagine how much of a key role it has in our work.

But it’s not just AI Control Point uses, as it is mostly a tool in conjunction with human intelligence. They also offer training, data capture and independent inspections of asset installations for pipeline utility services. Basically, this mix represents their core differentiator in the market. In this regard, their website carefully explains what they do and why they do it so well in this sector.

Of course, Andrew’s accomplishments and his team’s successes are the results of big ambitions which fueled their energy from day one. Today they proudly share with you all five of their future goals:

The model of success​

The best thing about how they designed everything is the architecture and the environment, as they use the ConfigCat Public Management API for their mobile applications, which will allow them to reduce, understand and interpret complexity so as to simplify processes. What the Public Management API does is to help communicate with other systems to retrieve information and perform an action. It does so through an interface for Control Point to access their feature management functionality bypassing the GUI (graphical user interface), directly from their applications, programmatically. Think of it as if accessing every feature available on the GUI, but for programs. The greatest utility of this can be found in automation tests, systems tests and integration tests to validate the effects of when a feature is turned on or off.

I mentioned mobile applications, but there are also backend apps they use ConfigCat with and they will probably use this for future frontend web UI changes. The applications I mentioned are meant for a quick breakdown of their core product: BlueBox and Joint Manager.

Imagine it as a tool for safety increase, error management and risk control. Users of the BlueBox mobile app are welders who are welding polyethenee pipe using Electrofusion jointing. The pipe and electrofusion joints create a homogeneous weld leading to a pipeline with a much longer lifetime than other welding techniques. A key cause of failure in these pipelines is the initial installation of the electrofusion joint on the pipe. A leak on a pipeline can be expensive to fix and in worst-case scenarios even cause fatalities. Their product helps eliminate this problem by the operator taking photos of the joint and pipe before it is welded. Only after photos are taken will their welding unit start the weld. These photos are then inspected using a combination of human inspectors and AI. If any risk is identified, the welder on site knows at an early stage that a leak occurs, instead of days, months or years later.

They are also beginning to use AI and inspections in real-time so that we can identify risk even before the weld has begun. This will lead to greater cost savings for the clients and increase safety overall.

This is the web portal for BlueBox. The uploaded photos and weld data can be seen by the clients on this web portal, as BlueBox is integrated into the operatives welding units via Bluetooth. Having built this outspoken, innovative and smart system (and mind you, we did it all with our three brilliant developers), we made our product a must-have into our client’s workflow and not allow it to be an optional step. The whole ecosystem of BlueBox and JointManager working together is explained here.

So, where does the feature flag fit it?​

Also, they had a “remote feature flag system” that worked reasonably well, but since they’ve grown so much, they reached the stage where they need a solution from someone who has thought of every scenario. The services provided by ConfigCat were a perfect match for Control Point needs. It only came naturally for Control Point, apart from using ConfigCat as a tool for engineering, to also consider bringing it up to their support, product and sales teams as the UI convinced them of its friendliness and easiness in use.

Also, I am proud that ConfigCat has been able to provide a quick fix for a common limitation of one of the mobile operating systems. I will leave Andrew’s words to best explain the solution:

"One example is a feature we added to our camera module. The Android camera is notoriously difficult as it can behave differently on various devices. We added a blur detection feature to our camera module but could not be certain that this will work as expected on all the phones available. If this section in our app fails, then it means that the users cannot perform their job which is a highly undesirable outcome. We have used ConfigCat to gradually roll out this feature on a percentage basis, if users experience any issues with it then we can either disable it for particular models, or users or high-profile clients."

So, by using ConfigCat’s percentage-based roll-out feature ControlPoint managed to deliver a new feature in very small steps having their finger on the big red “Emergency Kill Switch” button all the time. This way they could be sure that their customers will be able to perform their everyday job without any risk. They actually look forward to fully using the ability to integrate text and numerical settings instead of just using true/false, on/off boolean types of settings (aka. feature flags). Numerical and text settings add more value by providing additional remote configuration functionality. Customers can set any number or text value on the ConfigCat Dashboard UI (even targeted ones)and access them from their applications.

Control Point does wonders for the pipeline utility services and they found ConfigCat to literally do wonders for them. It always takes a great provider and the best tool there is if you want to keep maintaining poll position.

Control Point replaced their custom made feature flag solution with ConfigCat’s hosted service. This way they don’t have to worry about developing and maintaining a complete system just for feature flags and they can focus on what they do best.

ConfigCat provided all the necessary features out-of-the-box to make a frictionless migration. Plus there are a few extra features that might be worth experimenting with in the future (Public Management API, remote configuration with text and number setting types).

Using a hosted feature flag service for the fraction of the price of developing and maintaining custom ones seems totally reasonable for most of the companies. ConfigCat successfully replaces and automates the building and the maintenance of custom feature flags “worth” a few engineer hours a month.

I just hope more and more leaders will open their eyes to this and do their companies a big technological favour by implementing feature flags in their everyday feature development pipeline.