Feature flags benefit our continuous integration and continuous deployment (CI/CD) workflows. As developers, we can quickly roll out and test new features without re-deploying or changing the application's code. Due to its simplicity, feature flagging can be incorporated into both new and existing applications. Let me walk you through how to use feature flags in a Flask application to help you better understand this concept.

How do feature flags work?​

ConfigCat allows us to manage feature flags from a central dashboard. Additionally, users can be segmented and targeted based on their characteristics. This will allow you to release features only to specific segments. For instance, we might enable certain features or a set of features for users who are between 30 and 40 years of age.

Let's develop a newsletter subscription feature for a fictional magazine website using Flask. We'll control the visibility of the subscription form using a feature flag. When the feature flag is off, an error message will be displayed instead. Now let's put this all together.

You can find the code for this sample app here.

Visit the ConfigCat labs organization on GitHub for other code samples for a variety of languages, frameworks, and topics.

Have you noticed that I didn't create an app.py file just yet? I'll get to this after creating a feature flag. 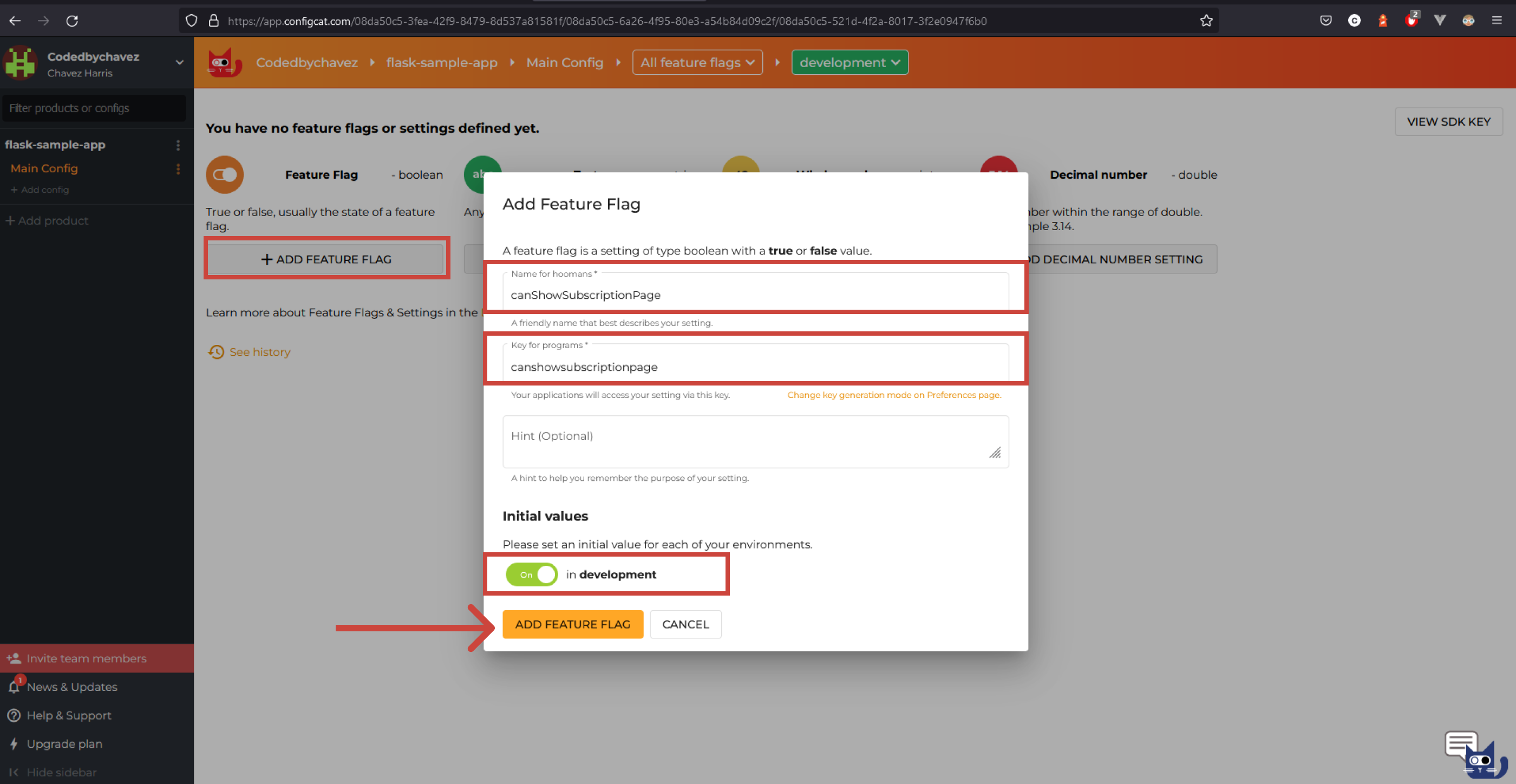 It is strongly recommended using the ConfigCat Client as a Singleton object in production.

Let's see if it works​

Keep in mind that you don't have to restart the app's server when you toggle a feature flag on or off. The app would pull the updated feature flag value automatically every 60 seconds by default and just reloading the page would be enough to see the changes. ConfigCat also gives you the ability to increase or decrease the polling interval period. You can read more about that here.

As you can see, integrating feature flags into your apps is simple, and it doesn't take much effort to start using them. Feature flagging is ideal for development workflows with steady feature rollouts.

ConfigCat's documentation is well explained, making it super simple for you or your team to get up and running fast. Other frameworks and languages are also supported. Check out the full list of supported SDKs here.