Softwares and libraries often evolve to include new features, security patches, bug fixes, and refactorings. When software evolves, it may introduce breaking changes (BCs) in its API, breaking the previous contract or compatibility with its clients. 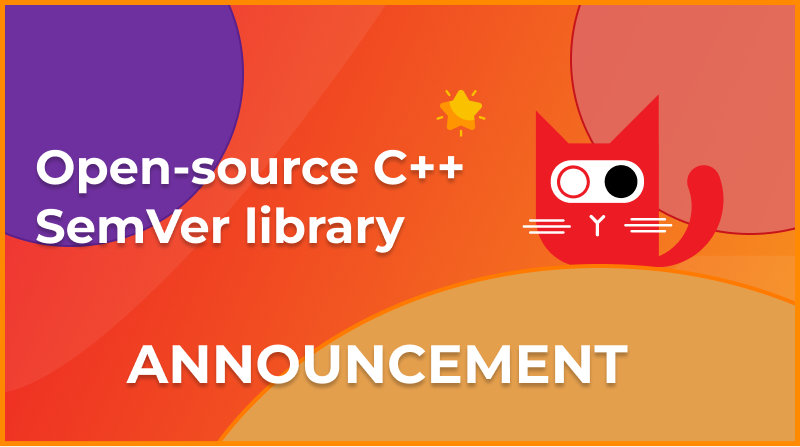 Semantic Versioning (SemVer) is a specification for assigning version numbers to software to communicate the degree of change between software releases and updates. However, it turned out the world was missing a proper semantic version library for C++, so we implemented one.

Semantic versions have formal requirements that we enforce in all of our SDKs. To ensure compliance with these requirements in each SDK, we have a common test set that is executed with each SDK. Our JS SDK, for example, includes a test set.

While implementing a new C++ SDK, we needed a C++ SemVer library that fulfilled our requirements by passing this test set. However, we could not find a single C++ library that could do so. We found that each of the already existing libraries did something wrong by breaking one or more requirements of the specification.

We, therefore, agreed that we had to implement a new C++ library that strictly follows the rules of the semantic version specification, and so the open-source C++ SemVer lib was born.

What makes us so proud of this?​