Sit down, relax, and let me tell you an awesome story about the little country that could. A country that's unapologetically close to my heart. In case the title hasn't already given it away by now, I'm of course talking about the wonderful nation of Iceland. 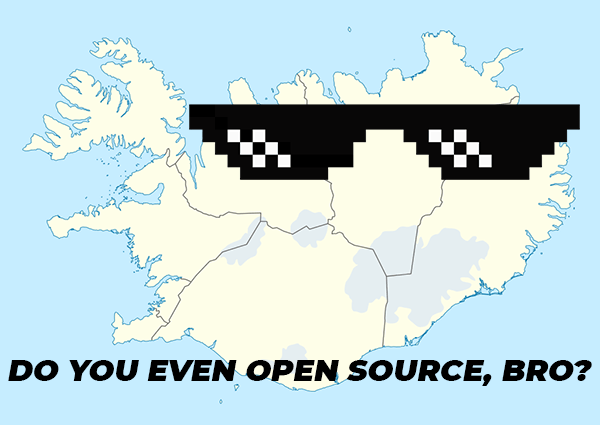 As a child of the internet, I've always had a soft spot for this country. This tiny island country has had a long history of making moves to digital government services. I've been following their government's digital journey pretty closely in recent years and was thrilled to see that Iceland is now making great strides in migrating its service to the cloud-native service model.

A Brief Insight on Iceland And Their Affinity To Technology​

So what is going on in Iceland? As it stands, Iceland is already one of the most connected countries with close to 100% broadband internet penetration. In fact, legend has it that no Icelandic citizen has seen a YouTube video buffering, ever.

So why are they making such drastic moves toward digital services? Literally almost anything in the Icelandic public sector is digitized now and their citizens are granted access to these services via the internet, but can also submit issues and proposals which are forwarded on to the relevant authorities for review.

The idea here is that this provides a democratic system of self-governing that every citizen is directly involved in, while improving the overall performance of government and democratizing it at the same time.

This translates to one of the most transparent and most efficient forms of government that the modern world has so far seen.

Being the country after my own heart that they are, it stands to reason that when Iceland turned to open source technology, the process was much easier for them to transition to than most other countries. 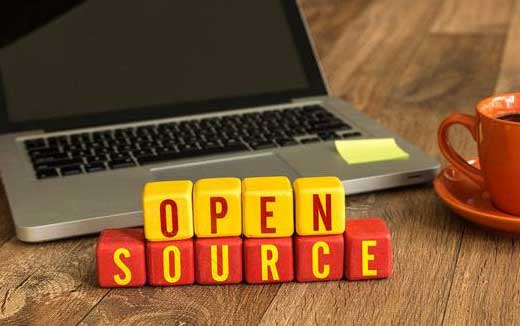 A majority of their services are now delivered through websites, including e-government portals, tax collection and payments, compulsory voting registration, and other important public service sites like these.

More essential public systems like healthcare-related posts have been revamped into open-source software. There's no question that this has made life easier for many citizens who can now access the more valuable information they need more quickly online without having to invest significant time on it or pay much money at all. I don't know about you, but this sounds pretty darn awesome if you ask me.

The Icelandic government is no stranger to using the cloud. The country first used a public cloud in 2005 and has been running large public infrastructure as a service (IaaS) since 2008. This brought some amazing changes for the Icelandic people, like increased productivity, a decrease in IT expenses, and improved security.

In fact, as of October of 2015, the Icelandic government announced its intention to take steps towards migrating all of its IT infrastructure to the cloud. This includes all applications, solutions, and public and private services. It will be one of the largest internal migrations in terms of complexity and software ever undertaken by a country's government.

The goal here is to complete this mammoth migration by 2023 and it's already well into the planning stage. It will include moving all applications into private or public IaaS clouds, along with optimizing the government's data center operations and network, as well as re-architecting key infrastructure components.

One of the most important aspects of cloud migration will include migrating large, significant government systems with a custom codebase and custom development teams to new open-source versions. This will mean writing new code based on open-source tools and developing in an agile manner. As a matter of fact, Iceland has already embraced open source technology to such an extent that roughly 90% of government information systems from the public sector are now open source.

The realities of today's world, however, are that government projects are often launched using custom development teams, custom stacks based on legacy technologies, and a general lack of agility and transparency, which is a big no-no in today's fast-paced IT world. The move to the public cloud will give Iceland's newly formed IT organization the agility it needs to deliver high-performance solutions for modern-day use cases quickly.

All Of Their Technical Decisions are Public​

The government of Iceland has been very open about its decision to move to the cloud, along with overhauling its decision-making process and approach. They have been very public on the idea that they share everything they are doing with the public. Heck, they even have a portal for this where everyone can check out every technical thing on their roadmap right here.

Do you know what's awesome to have when you're an entire country developing a platform that's meant to cover a whole wide range of government services? Modularity and feature control. This is, just as Iceland's government realized, the perfect textbook case where things like feature flags, A/B testing, and the ability to target individual demographic groups are downright critical things to have.

Here's where ConfigCat comes in. Initially, ConfigCat was one of 6 companies considered for their needs, but they won Iceland's good graces.

But Why Did Iceland Choose ConfigCat?​

Personally speaking, I'm a big fan of mutual-benefiting relationships. You know, those kinds of relationships / partnerships that perfectly complement each other and where both parties stand to win as a result of it. As far as human nature goes, I think that these are perhaps the most rewarding forms of interaction that we can have, so it was quite interesting for me to see just how awesome of a partnership Iceland and ConfigCat created with each other.

This is where ConfigCat's feature flags and governance platform truly shine, and where I think both parties can perform so well together that they can genuinely serve as a good example for other governments across the world to follow.

So Why Is A Feature Management Layer So Important For Their Government?​

Well, it's because of the transparency provided by a feature management layer that allows users to create, test and deploy new features on top of their legacy stack. While this is all well and good, why would they care to use ConfigCat over other feature management solutions?

This is precisely why Iceland decided to switch their feature flagging system over from one of the more popular solutions to ConfigCat's platform.

It Was Affordable And Easy To Deploy​

My grandfather would always tell me that "if something sounds too good to be true, then it probably is, except for rare times when it isn't".

What Iceland ultimately got from this partnership was beautifully low-cost prospects AND virtually no-hassle deployment with very little needed configuration.

This is the literal definition of a "Having your cake and eating it too" IT scenario, and we all know just how rare these are to come across. In fact, they pretty much said the same thing in their official documentation that you can check out right here.

What Does This Mean For Other Governments And Open Source Technologies?​

Well hopefully, Iceland will serve as an example for all of them. Devland's (the website where you can find all of Iceland's digital technical documentation) goal is to modernize and simplify the use of software in their government, and they figured out that using ConfigCat was a great step in that direction.

So what's stopping other governments from doing the same? The barrier to entry is fairly low, but there are a few things that could come up. DevLand's biggest hurdle, besides the requirements of a new software system they were already using, was getting everything to work together. Other governments will have to make sure they have the right hardware and software to run services like those provided by ConfigCat.

In the United States, there's something similar called the Open Source Initiative, so things are certainly getting there. It's also interesting to know that as far as governments go, the U.S. actually is pretty far along with open source adoption, at least in the public sector.

It's All About Return on Investment​

In government, there's this notion of Total Cost of Ownership (TCO), which is the full cost of something over its lifetime. TCO includes things like installation, implementation, and maintenance. The idea is to minimize this cost while keeping up with performance needs and standards, all while minimizing risks at the same time. The beauty of ConfigCat's application layer is that it minimizes the Total Cost of Ownership (TCO) for users. It has a low maintenance cost, and a low implementation cost, and can be scaled up with ease. Technically speaking, this is a gold mine for big actors like governments, as it becomes cheaper and easier to manage open source systems rather than other in-house built systems from the ground up, which suck up a lot of taxpayer money.

One last thing that I'd like to point out is that it's not just governments or big players that can benefit from this application layer. Even smaller companies can use such an approach as a way to save some money and manage IT infrastructure in a much more streamlined manner. So basically there's a lot of potential here for both the government and the private sector, but it's got to be done the right way.

Ending On An Optimistic Note​

I'm genuinely confident that most countries, starting with those in the west, will eventually not only go digital but also adopt open source technology for their public operations. There's simply no way around it, not in a world that's in dire need of better government services.

The problem is not technology, but the politics and culture of it. The rise of the digital world has already happened, and the smart are quick to implement it, but eventually, everyone will catch up and hop on the innovation train, lest they get left behind.

If you read all the way to the end of the article, then you're awesome! If you loved reading this, make sure to check out the other blog posts right here.

Last but not least, make sure you check out what the amazing guys in Iceland are cooking up next, via their official documentation portal.